Bed bugs were once a common public health pest worldwide, and recently, have made a comeback. Bed bugs are parasitic insects that live on a diet of blood. Feeding preferences vary among species, some being attracted to blood from bats, birds, or other warm-blooded animals while others are attracted to humans. In comparison to other insects, bed bugs are superior. They can go without food for up to 18 months and can live in many different places. That’s why every crevice and corner must be searched within 100 feet of furniture. Some bed bugs even live behind wallpaper or pictures. Adults can be seen with the naked eye. They are about 3/8 long and are reddish-brown. After feeding, the color and size of the bed bug change remarkably. Newborns are translucent and become browner as they age through the 5 molting processes. A single adult female can lay up to 200 eggs in a day. These eggs hatch 4-12 days later. It makes sense how an infestation can happen so fast. 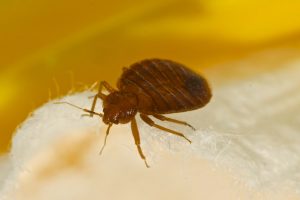 The presence of bed bugs isn’t determined by the cleanliness or price of a home or hotel. Bed bugs are most often transferred from a place of infestation such as clothing, luggage or bedding to an uninfected area. This could happen anywhere. Due to the increase in international travel, bed bugs have become a larger problem. This is probably due to the close contact between people in travel situations. Bed bugs are even being found in places thought to be immune to infestations, such as expensive homes and fancy hotels. Once a bed bug infestation occurs, it’s difficult to get rid of. Since they can go long periods of time without blood, not having a host simply forces them to move. However, how long is someone willing to not be around their home?

When a bed bug feeds, they don’t burrow as other parasites do. Instead, they puncture the skin with two hollow feeding tubes. One sucks blood while the other pierces and administers saliva to the wound. The saliva contains anticoagulants and anesthetics. This is why when someone is a bit, they cannot feel it. It’s also why a red bump often occurs followed by itching. Although there are 27 different pathogens that can be carried by a bed bug, there have been no cases of diseases being transmitted by bites. Bed bugs normally feed every 5-10 days and their peak feeding period is about an hour before sunrise. They are nocturnal insects, so while humans sleep, bed bugs are doing their work.

There are treatments for bed bugs, but the chemicals and insecticides previously used have been used for so long that many of the newer generations are immune. Recently, extreme temperatures have had success. Bed bugs cannot survive extreme hot and cold temperatures, specifically, below freezing and above 113 degrees Fahrenheit.

With the use of advanced technology, we use a machine that disperses Cryonite in order to freeze and kill bed bugs. Cryonite is carbon dioxide snow. It’s the same substance as dry ice, sitting at a very cold temperature of about -108 degrees Fahrenheit. The Cryonite effect is rapid freezing of the bed bugs by using a specific mix of particle sizes and speeds in order to create a quick energy transfer. This is what causes the freezing. This is also why the snow is different from that of what you would find in a fire extinguisher.

A fire extinguisher would not kill bugs just as a Cryonite machine would not put out a fire. The speed of the snow helps penetrate tiny cracks and crevices as well as get them through long pipes maximizing the freezing effect through the infected area. The other reason speed and high energy are important are so that the freezing snow has a hard impact on the bugs, guaranteeing contact. Once contact is made, the Cryonite does its job by killing the bug. 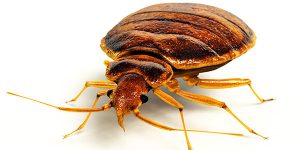 Freezing is the best method for bugs that are immune to pesticides and Cryonite is both environmentally friendly and hygienic. Cryonite is poison-free, meaning you can use it on any surface. It’s dry, so it can be used even in areas where moisture isn’t wanted, like electrical sockets and switch boxes, and it is residue-free, allowing for use in sensitive environments. Its accurate and reliable, making an impact on the rise of bed bug infestations.

The actual machine that delivers the Cryonite is a simple unit consisting of a trolley, hose, gun, earthing clamp and conductor and additional tools. The trolley allows easy transportation for the cylinder containing 7-10 kgs of carbon dioxide gas as well as holders for all the other equipment.

The gun holds the nozzle and is designed to help the user work with the machine as efficiently as possible. The gun allows for a larger reaching capacity than would be met by just the nozzle. This way, the user can get to difficult places like up high, nooks and crannies, and under and around

The wasp is a colonial insect living in social groups. Each colony is established in the spring by an overwintering queen which makes a smaller starter nest from paper made by itself by mixing wood and saliva.

The colony grows throughout the summer and the nest with it. Many thousand individuals are often to be found associated with each nest, with the workers feeding on nectar, sweet materials, and at certain times insect larvae and other animal pieces. The colony develops males towards the end of the summer to mate with the presumptive queens which when mated over winter start a new colony the following year.

The largest wasps nest we treated was located in a loft and was the size of a double wardrobe. There were over 40,000 wasps in the nest and one treatment was enough to eradicate it.

A wasps nest is very easy to spot. Wasps will normally make nests in air vents, in lofts, on roofs, under guttering in the eaves and under flat roofs to name but a few places. If the wasps are going in and out of the particular hole on a regular basis, it is likely you have a wasps nest. Wasps also visit dustbins, waste depots and dead animal bodies which can lead to the spread of disease and contamination of foodstuffs. As a general rule, you should not attempt to treat wasp’s nests by yourself. It is likely to be difficult and potentially dangerous. On no account should you remove a nest from the roof space? This should be carried out by a professional pest controller. The main hazard is the risk of ‘anaphylactic shock’ which can arise from even a single wasp sting, which may lead to death. The wasps can cause alarm when present in large numbers and if the nest is in a place where the individuals from it interfere with humans they can inflict painful and sometimes dangerous stings.

Wasp’s nests can be controlled by applying insecticidal dust into the entrance of the nest at high pressure. Once this has been carried out the wasps will distribute the dust naturally around the nest, thus killing the queen and the rest of the wasps. This will normally take about twenty-four hours.

One visit is all that is necessary to treat a wasps nest.

Truck Accident Injuries Are Both common And Severe

Truck accident injuries are both common and severe. The size and weight of a large truck or tractor trailer, along with the tendency of the trailer to overturn or “jack knife” means that injuries suffered in a truck accident can be particularly catastrophic.

Brain injuries, amputations, broken limbs and paraplegia are frequent results of these accidents. If a semi-truck happens to be carrying hazardous or flammable materials, the dangers only multiply. Burns can further compound a victim’s injuries, and respiratory problems can occur if toxic cargo is inhaled during the collision.

All of these factors contribute to the unfortunate reality that many truck accident injuries can be fatal. Victims of truck wrecks who survive are often left with lifelong disabilities that may impact their ability to earn a living and accomplish everyday activities.

Because truck accident injuries can have such dire consequences, establishing the cause of the accident and who is to blame is important. Compensation may be needed to pay for expensive medical bills, loss of income, property damage, and sometimes the pain and suffering caused by the loss of a loved one.

An immediate investigation of a tractor trailer accident is critical to preserve evidence relevant to any accident claim. The semi-truck’s maintenance records, the driver’s log book, the truck’s “black box” which records data before, after and during the crash, as well as any eye witness accounts can all play a key role if a lawsuit is brought by a personal injury victim. A thorough investigation will also evaluate any prior violations of relevant trucking regulations on the part of the trucking company or driver that may have contributed to the truck wreck.

An injured victim cannot be expected to collect all of this information. An attorney with experience in truck accident injury cases can be invaluable. A law firm with access to medical experts and other specialists will be able to prepare a more effective case and recover necessary damages.

If you have been involved in a truck wreck and suffered severe injuries as a result, you have a right to determine who was at fault and to hold them responsible. Injuries caused by a truck accident can alter your life permanently, so obtaining compensation can be critical to securing your future. Find more information from our truck accident lawyers here